This year the Trail Running World Championships (TWC) were in Spain, about 45 mins drive north of Valencia in Castellon. In January, I was selected to represent Team GB in the Championships. All of my training and racing from that point was tailored to the TWC. The race was 85km with 5000m ascent on rough and technical terrain in a hot and dry climate, there was lots of work to be done!

I was lucky enough to be invited to race The Costa Challenge is Costa Rica. This 230km multi-stage race was the perfect season opener. It gave me the confidence I needed to really step up my training. I surprised myself and all of the running journalists by taking the win and setting a new course record in a very competitive field. The race also allowed me to further my understanding of how my body works in a hot environment. After Costa Rica I really knuckled down with my training for the TWC. I spent couple of weeks in Spain, on the course so I could train specifically for the race. Living in London has its perks but training in the mountains in NOT one of them! I raced in the South Downs Way 50, this Centurion Events race gave me a great opportunity to test out some kit and nutrition in the final stages of my preparation. The race went well with another course record, I was feeling good and looking forward to my taper before the TWC. 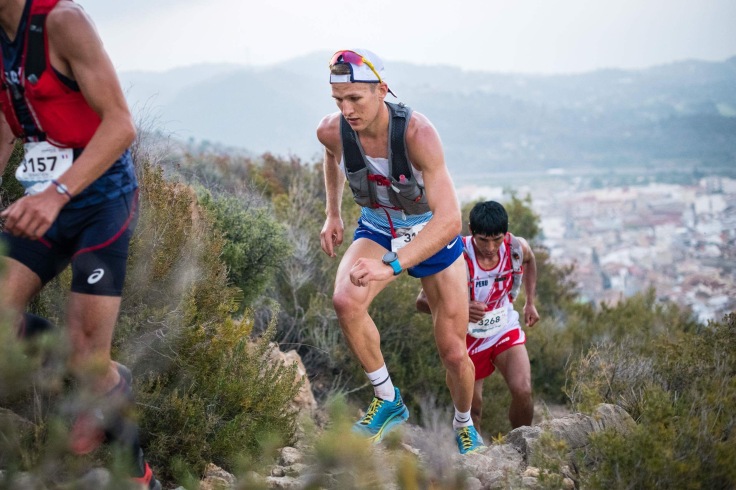 I had planned on starting the race fast and keeping in touch with the front group. There were certain sections of the course that would suit my running style. I like the bits where I can open up my legs and get into a good rhythm. My coach, Allison Benton and I came up with a strategy which would look to exploit these sections of the course. As well as the running, my hydration and nutrition plan was important. I have been working with Laurent Bannock from Guru Performance and we came up with a structured nutrition plan which would give me sufficient energy for the race.

After a fast first km (3 min 18s) I was sat at the back of the lead group and feeling good. The first half of the course is flatter and more runnable. I got into a good rhythm and ran with Zac Miller (USA). At the 30km point he picked up the pace and it took a lot of mental strength to not shoot off with him, I have gone off too quickly in races before and I was not going to make the same mistake again, we still had 55km to go! At the half way point I was feeling good and everything was going to plan. The flatter sections felt good in my legs and I was able to pick up the pace. The last 20km were relentless, constant climbs and descents. I was still feeling okay at this point but had to dig really deep to get through it, knowing that the pain wouldn’t last for ever. With 5km to go the course was on a nice track and slightly downhill, I really pushed this section knowing that 4thplace was not far behind me. I crossed the line in 3rdplace with a huge smile on my face! The race was won by Luis Alberto Hernando, it was amazing to see the champ in action!

I had planned to have a gel on the hour, every hour and then ½ a bar 30 mins after. This helps me break down the time and give me small things to focus on. I used SPRING energy and GU gels. I had used them both in training and they work well for me. Easy to digest and they taste good too. As for hydration, I used Precision Hydration salt tablets for the whole race. This allowed me to keep track of my sodium intake and make sure I stayed hydrated throughout the race. One key element of my nutrition/hydration is caffeine, I have been using Red Bull for the last 6 months in training and races. With 20km to go I had the full effect of the Red Bull and it gave me the kick that I really needed in the most important part of the race.

I don’t think there is such thing as the perfect race. In an ultra-marathon, there are so many external factors that are out of your control. Things can change so quickly and you have to be able to think on your feet and adapt to the situation as it unfolds. I’m really happy with how the race panned out, I stuck to my guns and kept to my plan. There were parts of the race that were super tough but I thought back to ‘why I was doing this’ – representing Team GB is such a huge honour and I wanted to do my country proud. I called upon my mental strength lots during the race and thought a lot about the Welsh Guards (my regiment) who are currently deployed, I also wanted to do them proud as they have supported me so much in the last few months as I have been training for the TWC.

Making sure that I recovery properly after this tough race is going to be key before I start building up my training. I’m going to be going into a training block that is more focussed on speed and hills. I’m racing in the Mountain World Championships in Poland on 24thJune (36km with 2000m ascent) which will be a new challenge for me! 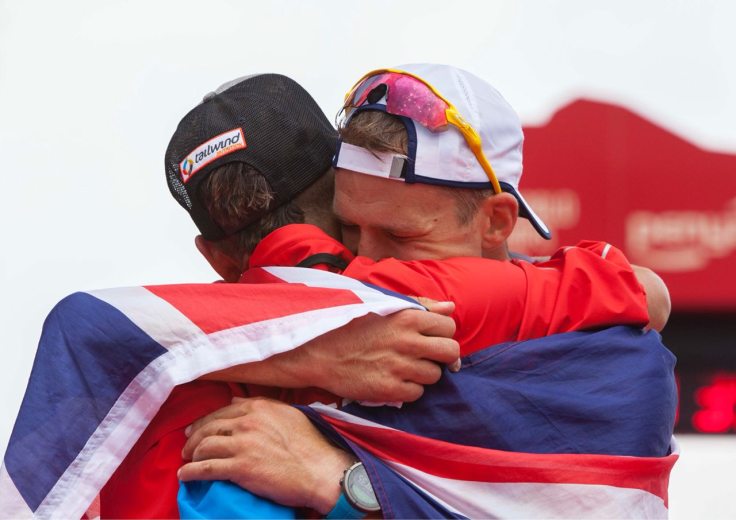 Is Ultra Running For Me?

If you have any questions about getting into ultra-running then give me a shout! You won’t regret your decision!